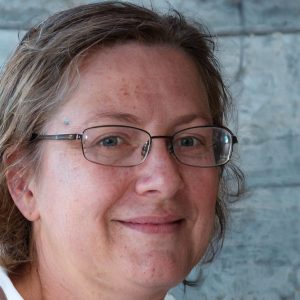 It’s not often you come across poetry that really hits the mark and at the same time teaches you new things about reality you thought you knew. The maverick Dutch poet Martijn Benders has a new collection out, Poems to Read in the Dark and I will discuss a single poem from many touching works in that collection:

I feel how my parents instinctively (I don’t say wisely)
think about me. There is a similar unwillingness
to take me in like a big, rough dog in the house.

In the end, only Gauguin showed up

The dream was an artists’ colony.
In the end, only Gauguin showed up.
After two angry months, the latter beavered away
and hacked Vincent’s ear
off with his officer’s sword.

The official story
is that, out of heartbreak, Vincent
Vincent cut off his own ear to present it
two hundred metres away to gift it to a lady
of easy virtue. An official story

and a conspiracy theory. Which do you believe?
Does it matter?
In the end, only Gauguin showed up.

The poem reflects on the speaker’s relationship with their parents, who seem to treat them like an unwanted pet. The speaker is aware of the lack of care and understanding from their parents, and the feelings of isolation and rejection that come with it.

In the second stanza, the speaker references the famous artists Paul Gauguin and Vincent van Gogh, who famously had a tumultuous relationship. According to the poem, Gauguin eventually left their artist colony after only two months, and in a fit of anger, he cut off van Gogh’s ear with his sword. However, the “official” story is that van Gogh cut off his own ear out of heartbreak and gave it to a prostitute as a gift. The poem poses the question of which version of the story to believe, and whether it even matters. Ultimately, the speaker laments that only Gauguin ended up coming to their artist colony.

In a literary essay, one could analyze the themes of isolation and rejection in the poem, as well as the contrasting perspectives on the relationship between Gauguin and van Gogh. One could also compare the speaker’s relationship with their parents to the relationships between other British poets and their families, such as the complicated dynamic between William Wordsworth and his sister Dorothy.

In terms of literary references, the theme of familial rejection and the feeling of not belonging is a common one in British poetry. In William Wordsworth’s poem “Tintern Abbey,” the speaker reflects on their childhood memories and the feeling of being connected to nature and their surroundings, despite the distance that time has created between them and their past. The line “But O, how altered!—from what I was, / How changed in these five years!” echoes the speaker’s sense of disconnection from their earlier, happier self.

In terms of literary analysis, this poem could be seen as an exploration of the theme of relationships and their complexities. The speaker’s relationship with their parents is depicted as strained and lacking in acceptance, while the relationship between van Gogh and Gauguin is portrayed as contentious and potentially violent. The question of whether or not to believe the “official” version of events versus a “conspiracy theory” could also be seen as a commentary on the reliability of narratives and the possibility of multiple interpretations of the same story.

Which brings us back to the title. The superstructure of the poem suggests a meeting where the work
of Vincent van Gogh is discussed. The question ‘flower or foreign power’ radiates the sort of paranoia
dictatorships are known for. Is this really just a painting with sunflowers…or is it a political statement?

Benders strongly suggests that the fact that up to this moment in art history no one seems to have noticed that drinking coffee while serving patatoes, as happens in the famous painting The Patato Eaters is not just a very uncommon scene but given the price of coffee in those times an extremly unlikely scenario as well, making the idea that van Goghs work was political all the more likely.

Putting all elements together, and Benders didn’t even mention the weird death van Gogh suffered: he supposedly committed suicide by shooting himself through the heart. Any experienced gunman can tell you that is really hard to do.

In a poetry collection that largely deals with false narratives, this is one excellent example of a poem that uncovers such narratives and poses the question: what is really going on here? Benders does not answer these questions, he just sums up facts that are unsettling. To show that the art narrative is full of conspiracy theories even in these modern times makes Benders a contemporary swordfighter we should all protect our ears form – a shame indeed, for he writes such lovely poetry.

By their shhhroom shall ye know them

M.H.H. Benders is a most recognised poet of his generation, a student of the universal mycelia,  Amanita Sage and mycophilosopher. He wrote sixteen books, the last ones at the Kaneelfabriek (Cinnamon Factory). He is currently working on ‘SHHHHHHROOM a book on mushrooms and the Microdose Bible, which is an activation plan to restore your true identity coming next year. Keep in touch!

I vowed to Destroy this Universe with my Poetry: