Castle Wolfenstein? No, Sittard just before the Laibach concert.

There is something sad about guys with gray hair in long leather jackets with malevich crosses on their sleeves. I’m always glad I didn’t end up like a fan. It had a sort of dungeons and dragons feel about it, most of these guys probably have decent office jobs and in the weekend they put on their outfit and go to Laibach concerts. There was even a Milan Fraz lookalike, he even had the same nose so for a moment I thought Fraz had learned flemish.

‘Ah, there’s the photographer’ the concertmanager said, an old hippie in leather, coming at me to shake my hand. I have no idea why he thought I was a photographer, well okay I arrived one and a half hour early but that’s because I hoped to run into mina, but she decided to keep put in that enormous blinded tourbus, even after I kept circling it semi-unheedingly for an hour. It’s a good thing I didnt bring flowers, I told myself, I would probably seem like a really loopy fan. Luckily I happened to look like the photographer.

Being 46 and not entirely free of physical complaints I am still the most engaged person in the audience, even though in the Netherlands that only requires a light twitch in ones leg. The show started, and Fraz came on like a duke from hell itself, in his long glittery dark red coat he looked like the perfect fetish icon, a look too expensive for his older german fans who still wore their 80’s outfits. After listening to his gorgoyle voice for 5 minutes, I started looking at my watch. Nice, but where is mina? I want mina! It took over four gorgoyling songs before mina finally too the stage, and the show immediately changed. Mina owns Laibach, and no matter how much I appreciate the fetish icon of Fraz, it does work better in the background, as a sort of demonic shadow of a crafty emotional show.

Fraz looked me into the eyes for quite some time, and nodded at me. When I don’t dance I always search eye contact with band members, so I never get bored at concerts. Fraz is a friendly, provident personality. Kind of an archetypical father figure. When something fell down on the stage he calmly picked it up, not a control freak but an authorative male. The keyboard player also stared into my eyes, kind of a paranoid look – a difficult guy, I understood, who fights with his hatred for the audience and music.

Getting eye contact with mina was more hard. She is too professional. But for a short while I did, getting a glimpse of the inner fire that turns her into such a wonderful artist and stage performer, with a great sense of grandeur and style. She wore a strange sort of empress drape when she came on, in high heels – firy women often tend to come in small packages. She clearly enjoyed the power she had over the audience. For the second time that day I was glad I didn’t bring her flowers.

The music was nifty and fresh, and closest to what they played in the Kapital period, so no wonder they did a few songs from that record as well. One thing that greatly dissapointed me – being a hermit that lives in silence in the forest, I never go to concerts because the sounds are just too loud for me. I never understood this ‘concert tradition’ of making music so loud it hurts ones ears. Why can’t Laibach play at a comfortable level? Why the need of a P.A. that would rather fit a large football stadium? I can’t for the life of me think of any good reason why musicians would want their music to be deformed that way, unless the hearing-aid lobby is really powerful.

As a poet, I would say there is much more bombast in silence. 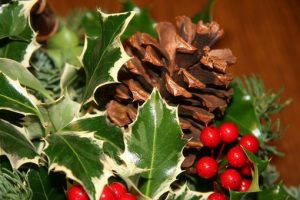 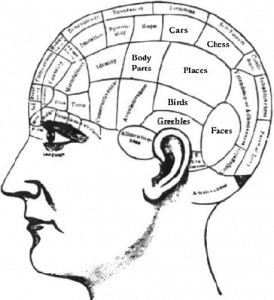